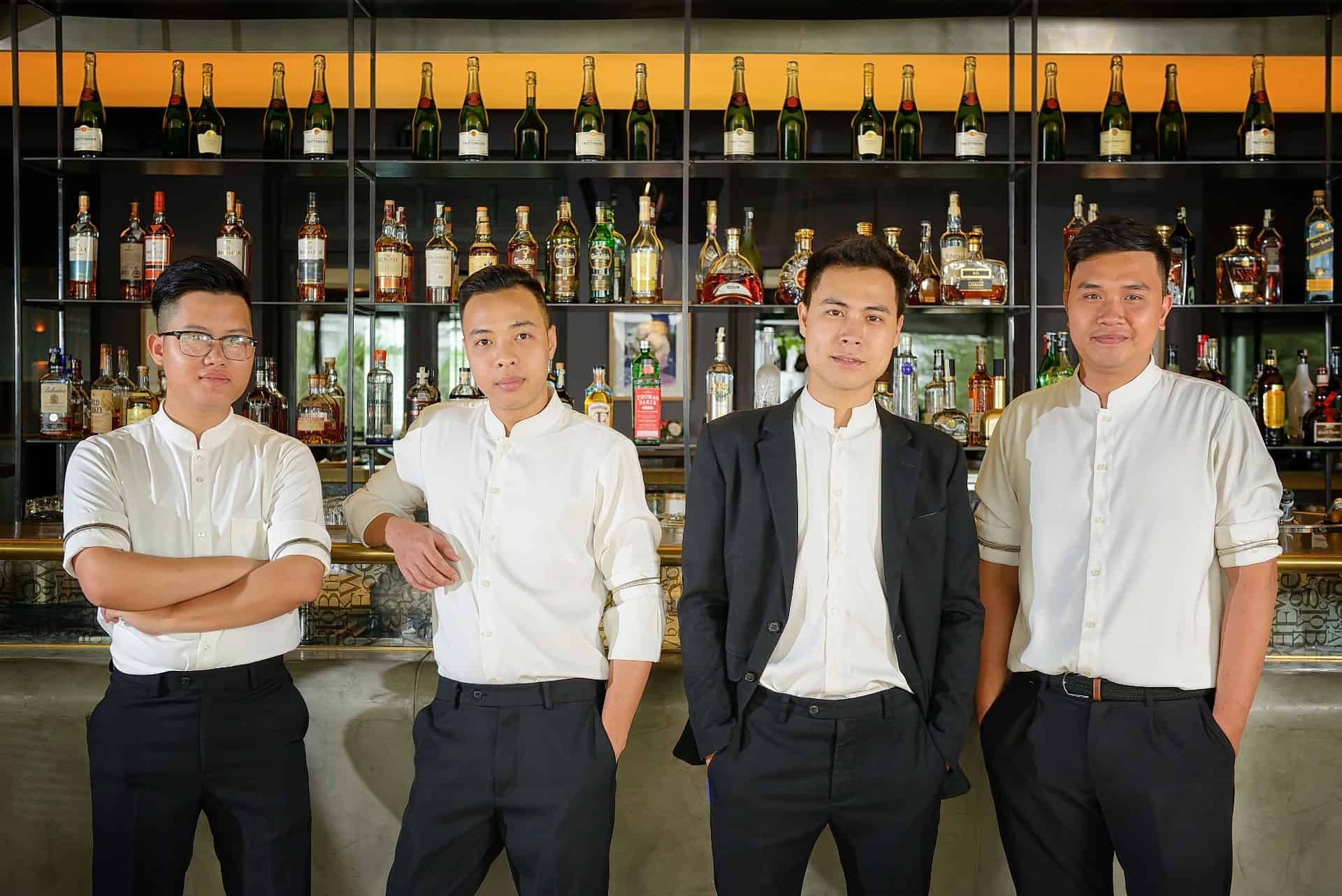 Cocktail is a work of art, with a background and a soul

Pham Tien Tiep is the epitome of the rags-to-riches success story. From a poor countryside boy to a champion bartender, his life is full of challenges and surprises.

Born in a small village at 60km from Hanoi, Pham Tien Tiep experienced a difficult childhood. At the age of 15, he left school and moved to Hanoi to find a job. He had no idea what he wanted to do, then started as a shoe shiner, a labourer in a Pho stand and a factory making T-shirt. These early work experiences went on to shape his future career in ways he could not have predicted at the time, of which his “Pho” cocktail is known as a brilliant example.

His approach to KOTO, a restaurant and training centre for disadvantaged youth saw the change of his life. He was offered a formal course in music because he used to consider himself a musician. However, working later at Le Pub, a cozy bar in Hanoi’s old quarter, he found his true love for creating cocktails. He then convinced Le Pub manager to promote him to the bar, where he learned how to mix drinks. Within a year he was the bar manager. Within two-year stint, craving more skills and experiences, Tiep set his sights on Angelina, a luxury Italian restaurant and bar in the Legend Sofitel Metropole Hanoi.

In 2012, Pham Tien Tiep won the best bartender of Vietnam with his famous “Pho” cocktail and became the first Vietnamese representative to attend the Global Final of “Diageo Reserve World Class 2012” held in Rio de Janeiro (Brazil), with enrollment of over 50 world’s best bartenders. After the success of “Pho” cocktail, came other drinks with stories that linked inextricably to the flavours, culture and history of Hanoi. One of them is “Full Moon” cocktail, which enchants cocktail’s lovers with familiar and relaxing taste of delicious sweet and sour fish sauce.

In 2015, Tiep joins La Plume, an elegant and intimate bar and lounge of the Press Club, where he continues introducing a true mixology culture to cocktail lovers in Hanoi. In an atmosphere filled with Long Bien bridge’s emotions, it is fantastic to enjoy his wonderful “Under the bridge” cocktail, which is based on the charming flavor of the sweet and sour fish sauce served with boiled snails, a Hanoi’s popular delicacy.

For Tiep, a cocktail isn’t simply something to drink. “It is a work of art with a background and a soul”. This young man will keep going up to master the mixology art he has a great passion for.